This one has been a long time coming. The XRT-C project has likely seemed a little bit quiet of late, but never fear, as there’s always stuff going on in the background, even if it is only me. Ever since the build day in April 2016, I’ve been working on a video of the day to share with everyone. Why this day in particular, you may ask? First off, I was actually there that build day. A lot of the time the team are too busy getting all the jobs they needed to done to actually film what’s going on. The fact that I was there with my camera gave me ample oppurtunity to actually get some footage for this. Second, this is probably the most definining few hours of the entire project to date. The moment we finally see the true majesty of the errected dish, and boy was it a sight to behold.

So, why has it taken so long? Also very simple. I procrastinated finishing it for about a year. Whether it was finding the correct music, or problems with recording a voiceover, some reason prevented me from getting it completed. Finally, I was given a deadline, as Damian wanted to present the video to the British Interplanetary Society at a talk he was doing about the project in November last year. So, I finally had my incentive to finish. Sure enough, this was incentive enough, and I managed to get a decent edit together for the talk.

After another rough tweak of the audio for the final video, I finally set it live on YouTube this week. I think it ended up quite nicely. For a short video, it’s got a little bit of an edit to it. You can see the Final Cut Pro X timeline below. 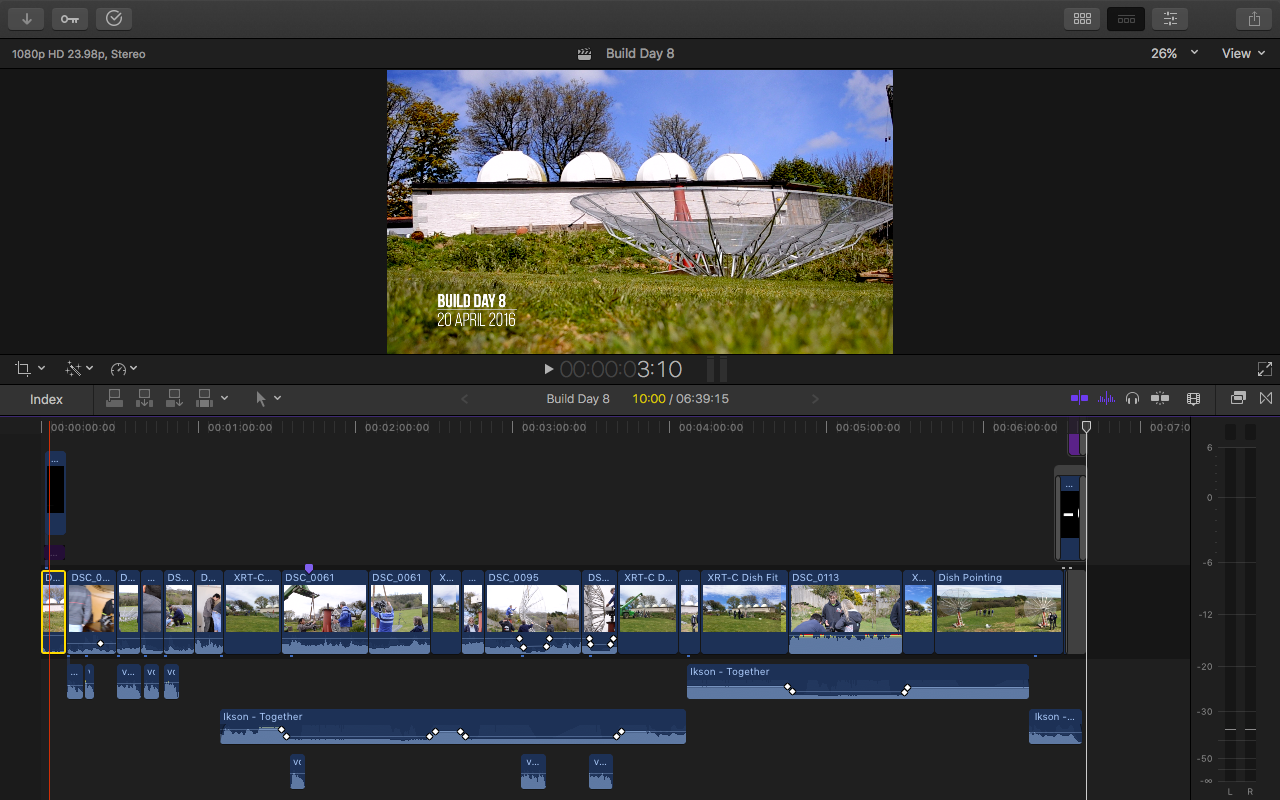 It took a long time to find, but I finally managed to track some a piece of music that suited the atmosphere I was going for, so thanks to Ikson for their piece of music, ‘Together’, for both making it and offering it to free to anyone who wishes to use it on YouTube. So, without further ado, here’s the finished video.