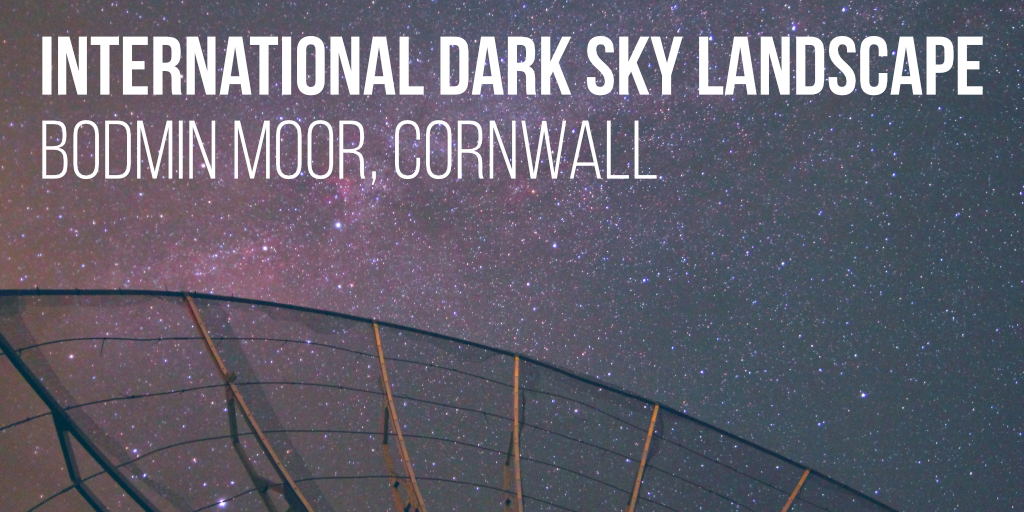 A beautiful shot of the cornwal sky over the top of XRT-C. Credit: Michael Bennett.

Some time ago, in mid-November last year the XRT-C project, the student radio telescope project based at Caradon observatory in Cornwall, as well as Space Exe, the student society at the University of Exeter that maintains and runs the former, were called upon to play a small part in something truly special; to support an application written by Cornwall Council and Caradon Observatory to have the extent of Bodmin Moor designation a Dark Sky Landscape by the International Dark Sky Association. I wrote a letter and sent it off, hoping for the best. The application was submitted in March, with the expectation that we would hear something in June. Sure enough, early June rolls around and I get an email drop in my inbox telling me that the application had been successful. Fantastic news!

Why are Dark Skies Important?

Before I get into the celebrations, time for a little axe grinding. There are a whole slew of reasons dark skies are important, both for scientific and socioeconomic reasons. It has been studied in great depth how undue pollution from artificial lights affects humans as well as other species. Many species are naturally drawn toward bright lights, often with lethal consequences. This dearth of prey can easily ripple up the ecosystem. In humans, artificial lights at night time are thought to have a large effect on circadian rhythms, which modulate a hormone called melatonin. This hormone is responsible for making you feel sleepy at night. Disruption the circadian clock is thought to contribute to a plethora of medical disorders in humans, including depression, insomnia, cardiovascular disease and cancer. Studies show that light pollution can have large effects on other wildlife as well. Birds and insects can meet their end due to distractions from bright lights on buildings and radio towers, especially during migration. Baby turtles can have troubles orienting themselves toward the sea because of bright lights on beaches. So you can see that it’s very much not just an astronomer’s whim. Dark skies at night, and overall reduction of light pollution, improves the quality of life for everyone.

Of course, by reducing the amount of artificial lighting just a little bit can also cause a vast improvement in sky brightness conditions for astronomy. A statistic I find deeply troubling is that some people, who may not have spent time outside of a city, may never have actually seen the Milky Way, in fact a report on global light pollution shows that the Milky Way is hidden from more than a third of humans. The same report suggests that 80% of the world and over 99% of U.S. and European populations live under light-polluted skies. It is because of this that we need to act to make a consorted effort to protect and preserve the few dark skies we still have, so that future generations may look up at the wonders of the universe, unencumbered by the scourge of artificial light.

To commemorate the occasion, on 6th July Caradon Observatory laid on an event for the official announcement, which I was fortunate enough to be invited to. Attending were a load of the councillors as well as the MP who had so ardently supported the application. Accompanying them were the local press; including BBC Spotlight and the ITV News. 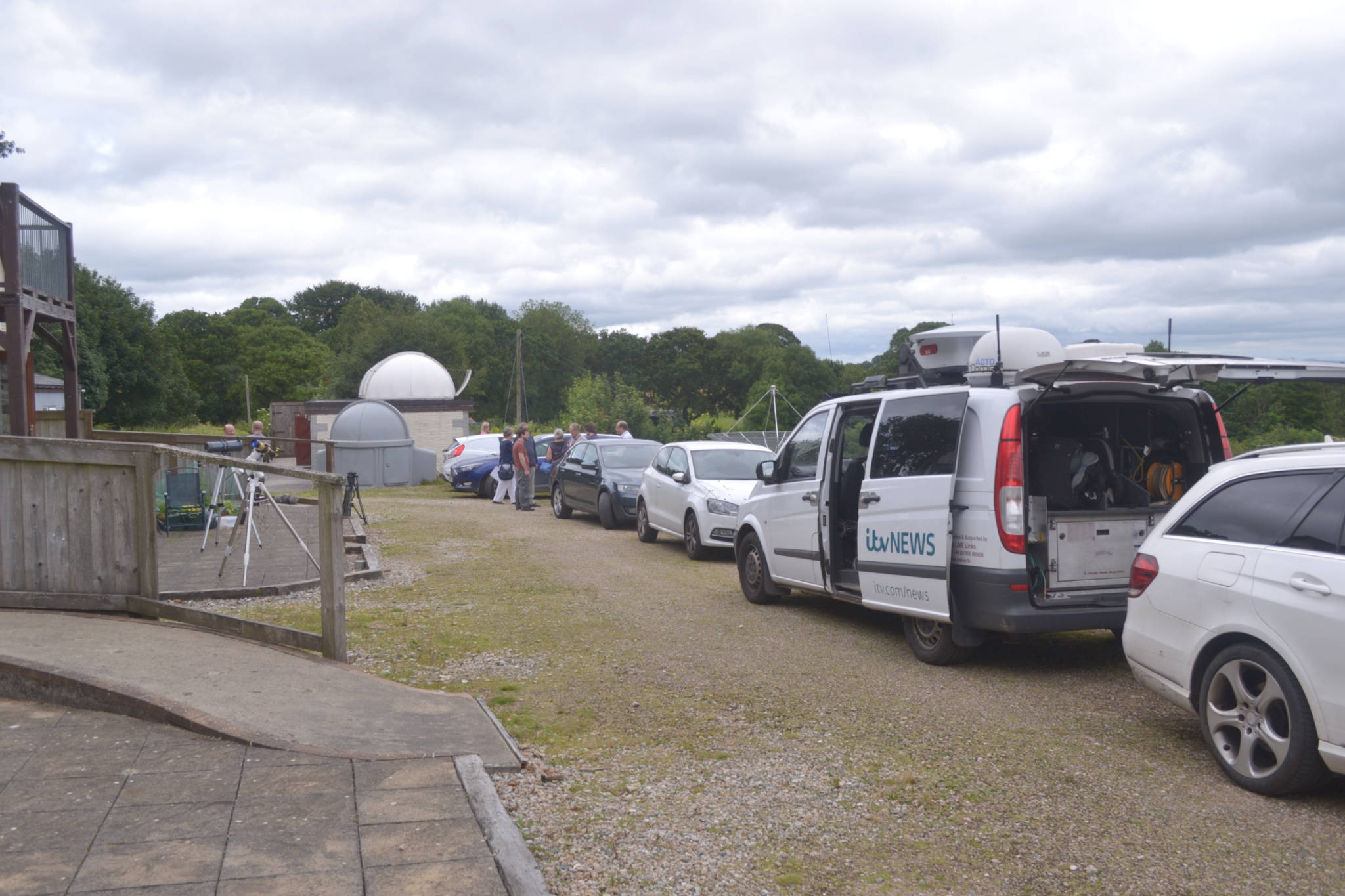 News crews parked at Caradon Observatory for the announcement.

The official announcement was made to councillor Bob Egerton in front of a crowd of press and politicians, followed by councillor Sue James talking about the important environmental impact of this successful designation. After many interviews by the local press, it was time for some cake to celebrate the occasion. 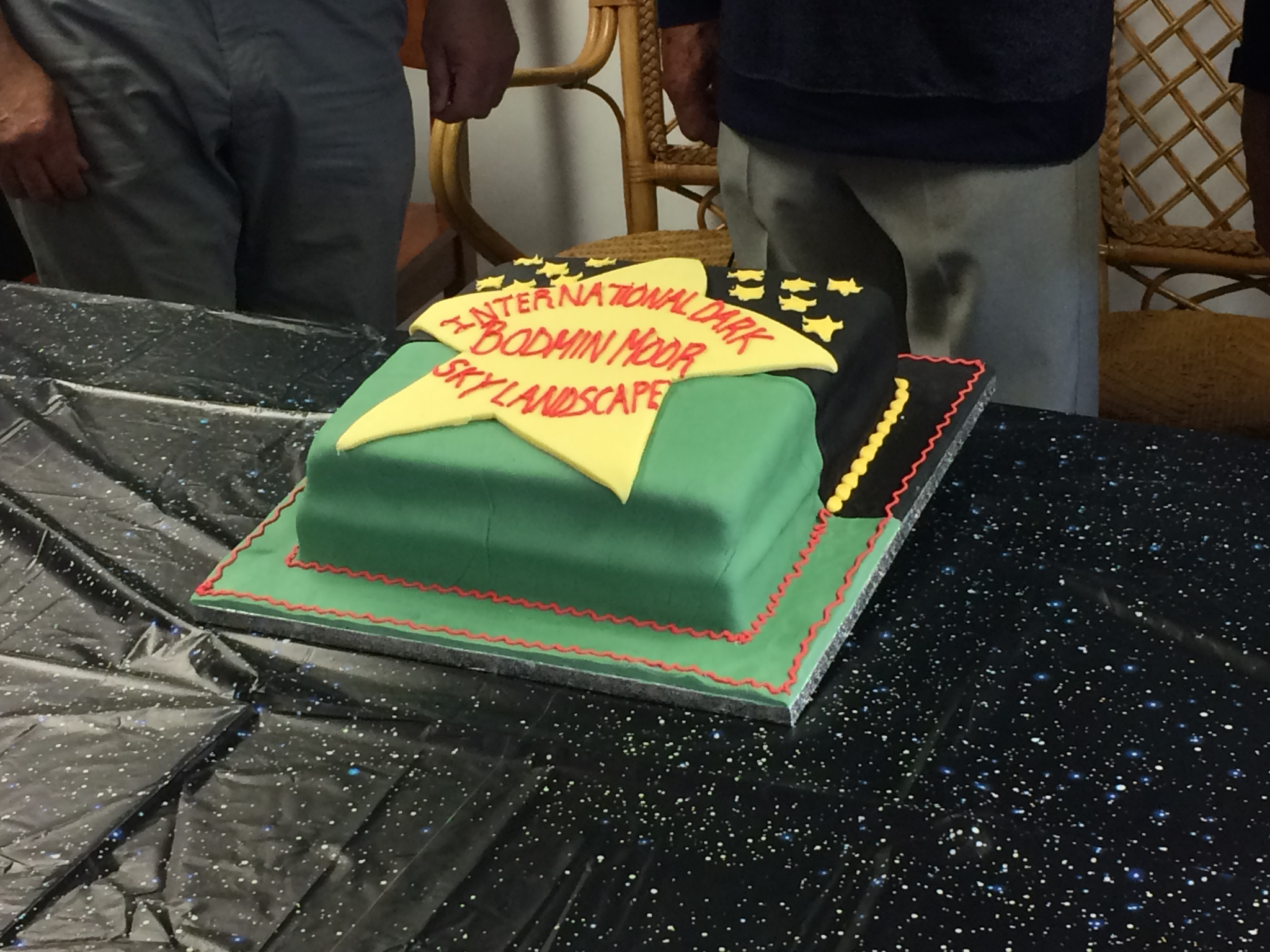 A fantastic cake that was ably crafted for the occasion. It was very nice as well.

To commemorate the occasion, I did a few interviews of my own and put together this little video for the Space Exe YouTube channel.

All of this celebration is however providing a very sobering reminder. We are very rapidly losing our everyday ability to look up and be inspired by the universe. This whole enterprise was spear-headed by amateur astronomers because they didn’t want future generations to be bereft of the wonders of the galaxy strewn out above them, and this very area is being protected because it is one of the few places left in the UK where you find genuine dark sky conditions. All it takes is a little thought and care when constructing new lighting and a lot of the problems light pollution causes can be mitigated, and we can make a better night sky everyone.

Lesson Learned from the First Term