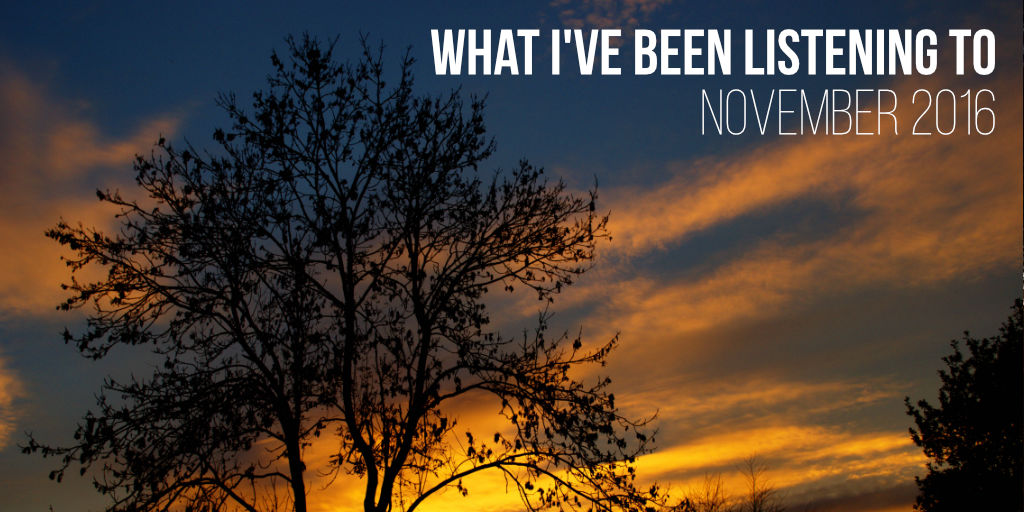 Okay, maybe the nights drawing in isn’t all bad…

There’s no mistaking it. 2016 is beginning to draw to an oh so welcoming close, not so much with a bang, but more of a turgid death rattle. The nights have drawn in to mid afternoon and the weather is as unpredictable as ever. It’s on evenings like this it’s nice to cuddle up by a nice warm fire and read a nice book, or even shove on some warming tunes. Here’s my November helping of melodical majesty, and don’t worry I promise there won’t be a Christmas song in sight.

Busted have been many thing to many people over the years, but foremost they were the go to teen-centric punk-pop band of the 00s. That was until they unceremoniously splintered in 2006 and they all seemed to go their own seperate ways until the surprisingly enjoyable musical oddity that was McBusted. Despite the insistence of Charlie Simpson, late last year the fellas announced they were coming back together to tour and make an album. I initially met this with a little caution, fearing they’d be a little out of place in a musical landscape that appears to have left their former pop-punk roots far behind, however they’ve pivoted. They’ve pivoted in style. They’ve managed to produce mature sounding pop music while still retaining their distinctive trademarks such as crisp punchy drums and pumping bass. They’ve even seemed to edge towards a synthpop sound, which is absolutely fine by me. How the funny part of this whole thing is that my favourite pick from their new album is does in fact not fit this mould, but is more of a heartfelt ballad. The synth pads are spot on and well accented with a more melodic lead. The drums are punchy without being overly obnoxious. And the harmonies are just brilliant and really make the song. There’s plenty more to come to the album for, but this song has been on repeat.

Here’s some more glittery retro synthpop for your ears. This comes care of a YouTube channel called New Retro Wave. I stumbled upon it one weekend when nothing was really grabbing my attention. It’s a great little synthwave tune that fits in perfectly to any 80s inspired synthpop playlist. If you’re wanting something similar to zone out and work to, the rest of the newly released album is also a great listen that I recommend.

Never let it be said that I don’t enjoy a good bit of wordplay, especially on song form. This is not only that, but it also has an astoundingly explosive chorus. These folks did a great job, especially given the fact that it’s a live show. This was surfaced on Spotify discover, as has a another of their songs, Something New. There is so much sound in this tune, and yet it all really works well together. If you want to rekindle that summer feeling, this is certainly one place you should look.

The first thing you may notice about this song when it kicks off is that you may feel like you’ve wandered into a Justice concert. With it’s extensive use of 70s sounds an incredibly funky, groovy bass lines, you could be forgiven for mistaking the two. Fortunately for this song, it pulls it off very well. Unfortunately the title song of the single isn’t as memorable as this one, but if you enjoy a little of Justice then this is definitely one for you.

Francis and the Lights – May I Have This Dance

If Phil Collins were going produce any new material, I imagine it might sound something like this. The smooth sounding voice is the spit of the former Genesis member, and this serves the tune very well indeed. The often complex beats also hint at this same running theme, with the occasion sharp synth and superb harmonies really kicking in for added effect. Even on the first listen I was hooked. This spurred a binge listen to a back catalogue rich with interesting music, replete with quirky beats and intriguing arrangements. If this album is not your cup of tea then his previous work includes a film soundtrack, and his previous studio album ‘It’ll Be Better‘ is also great, but somewhat differing in style, so they are both worth trying on for size.

I think that more or less concludes my picks for this month. Given the weather outside now might be a fantastic time to curl up beside the fire / heater, pop on your headphones and listen to some of your favourite tunes. I’m sure that’s what I’ll be doing soon enough. See you in 2017 with another month’s worth of music. Until then, have a fantastic festive season, and don’t forget to gorge yourself with plenty of Turkey.