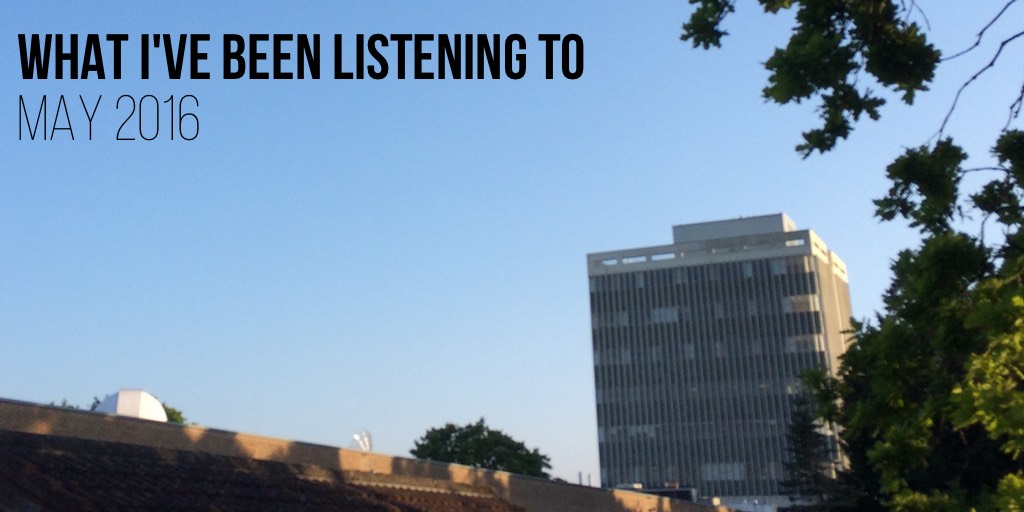 The clear blue sky and glistening Sun cast the physics building in shadow and the observatory in sunlight.

Good day all. Phew, well here I am, back on the blog wagon. This post should be appearing here on time, which makes a change from the tardiness of the previous two. What a varied month it’s been. Only this past weekend its gone from clear blue skies as far as the eye can see, to black thunder clouds looming overhead within a matter of moments. To compensate, here are a few tunes to brighten the beginning of June and lightly ease you into the summer months.

Given my natural affinity for Scandinavian pop, it was only natural that eventually I would eventually include this rising star in my music listening. The problem is that I have really not been a fan of her major hit. Every time I’ve listened to it, the arrangement seems to jade me against the song for some reason. I just can’t quite put my finger on it. However, this really well done acoustic version really let this song grow on me. The lift at the beginning of the first chorus is just exceedingly well done and the subtle beat throughout the mid to latter parts of the song really adds to it. I really like it, and that’s high praise from someone who historically isn’t all that keen on stripping back  the recording of a song and calling it an ‘acoustic version’.

I like Pink Floyd, I like Fleet Foxes. Imagine if you combined those two together with a generous helping of glittery vocals. This album came as a hearty recommendation, and I have to say that it was a very good call. Not only is this good, but it’s also given my Spotify recommendations just the kick up the rear it needed, and I’m now getting a very good assortment of albums. As with a lot of prog, especially of the psychedelic variety, this is definitely an album that it’s worth listening to all the way through, not necessarily because it’s a concept album, but just because it’s nice.

When you’re an ardent fan of the finest 80s synthpop, it’s hard not to fall head over heels for this synth-studded callback to 80s music. This one comes hot off the presses of Scandipop, who first brought Finnish duo Coska to my attention. Honestly, the beat could have come straight from a Korg MS 20. I’m currently working my way through their discography, and I’m really liking what I hear.

Long Lost Sun – Who I Am

This is one I’ve been planning to publish on here for years, and apparently I just never got to it. The credit for bringing this one to my attention goes to the twitter feed of Adam Young of Owl City fame. The thing I really like about this one is the ostinato that runs throughout the whole thing. Also, I was taken aback by how well it was produced for independent music. Sadly, Long Lost Sun haven’t existed for years now, but they still leave a rich helping of music on their Soundcloud account to check out at your leisure.

Fickle friends are a really great band. All of their singles so far are great and they are really good at adding in nice flourishes to their music that separate them from the crowd. In particular the drumming and bass guitar on their songs is stellar. This is just the latest helping from them and it’s very good. If you like this, chances are you’ll like the rest of their stuff. If you are more inclined towards acoustic music, Dodie Clark did a great cover of this song which you should also go listen to.

Side Saddle – The Romance in Disappearing

It’s rapidly nearing the end of the academic year as I write this, so that means there’s a lot of admin to be doing. In the case of a first year PhD student, that means there’s a progression report to write. The funny thing is that throughout the first year, you’re technically doing a masters. Only at the end of the end of the first year are you bumped up to a PhD course. Anywho, I chose a random EP from my discover as I was writing and this came up. I really enjoyed this at the time because it was really calming. These folks can apparently harmonise with the best of them. If you enjoy this, it is probably worth checking out the rest of the EP as it doesn’t stray far from this.

Thanks again for accompanying me through some of my most listened tunes in the past 31 days. I hope you come back next month where I will do the same for June. There is bound to be some travelling, so I’m hoping to get in a lot of listening time. Until then, thanks for reading.